The Mediterranean and Eastern Atlantic Blue Fin Tuna has always been a much sought after delicacy. In recent years sushi has become extremely popular all over the world and not only with the Japanese. This increase in demand resulted in overfishing and the dwindling of tuna stocks. Tuna stocks were drastically decreasing and tuna fishing had become unsustainable.

The world regulatory body governing Blue Fin Tuna fishing is the ICCAT (International Commission for the Conservation of Atlantic Tuna). This commission has been working closely with the EFCA (European Fisheries Control Agency) and since 2006 fishing ‘quotas’ were imposed on each country’s fishing fleet and fishing operations have been closely monitored. Fishing for Blue Fin tuna is only allowed from the 26th May to the 24th June of every year. Since 2006 the quotas were changed accordingly following tuna stock assessments. These interventions worked as tuna stocks have increased healthily in recent years, to the extent where fishing quotas were repeatedly increased.

Most of the tuna caught in the Mediterranean is caught by large vessels using purse-seiners. Being a small country Malta’s quota is negligible and does not have any of these vessels. The tuna in the Maltese tuna pens are bought from French, Italian, Spanish or Croatian quotas. Some smaller (60 – 100kg) tuna are kept in the tuna pens throughout the winter. The local operator buys the fish in June during the fishing season. The tuna is then towed and transferred to tuna pens in Malta under ICCAT and EFCA supervision. The fish is valued and bought in weight and this is calculated by sophisticated underwater 3d filming techniques. In October and November, processing ships anchor near the tuna ranches and harvest the tuna.

There are scores of tuna ranching businesses in the Mediterranean and around the world. One Maltese operator allows snorkelers, divers, journalists and film crews to visit the tuna pens. Operating transparently serves as a means of educating people about this species and to spread awareness about the importance of sustainable fishing.

This is a once in a lifetime experience that could be experienced nowhere else in the world. Blue-Fin tuna caught for the ludicrous Japanese sushi market is ‘ranched’ in open sea off the coast of Malta in nets 50m wide and 35m deep. We dive inside the cages typically containing over a thousand Blue Fin Tuna ranging from 60 to 350kg in weight. This is an experience that cannot be experienced in the wild and a fascinating experience even for the more experienced and hardened divers. Supplements for the boat trips and entry to the tuna pens apply. Please contact us for more information about diving with the giant tuna.
Request a Quote 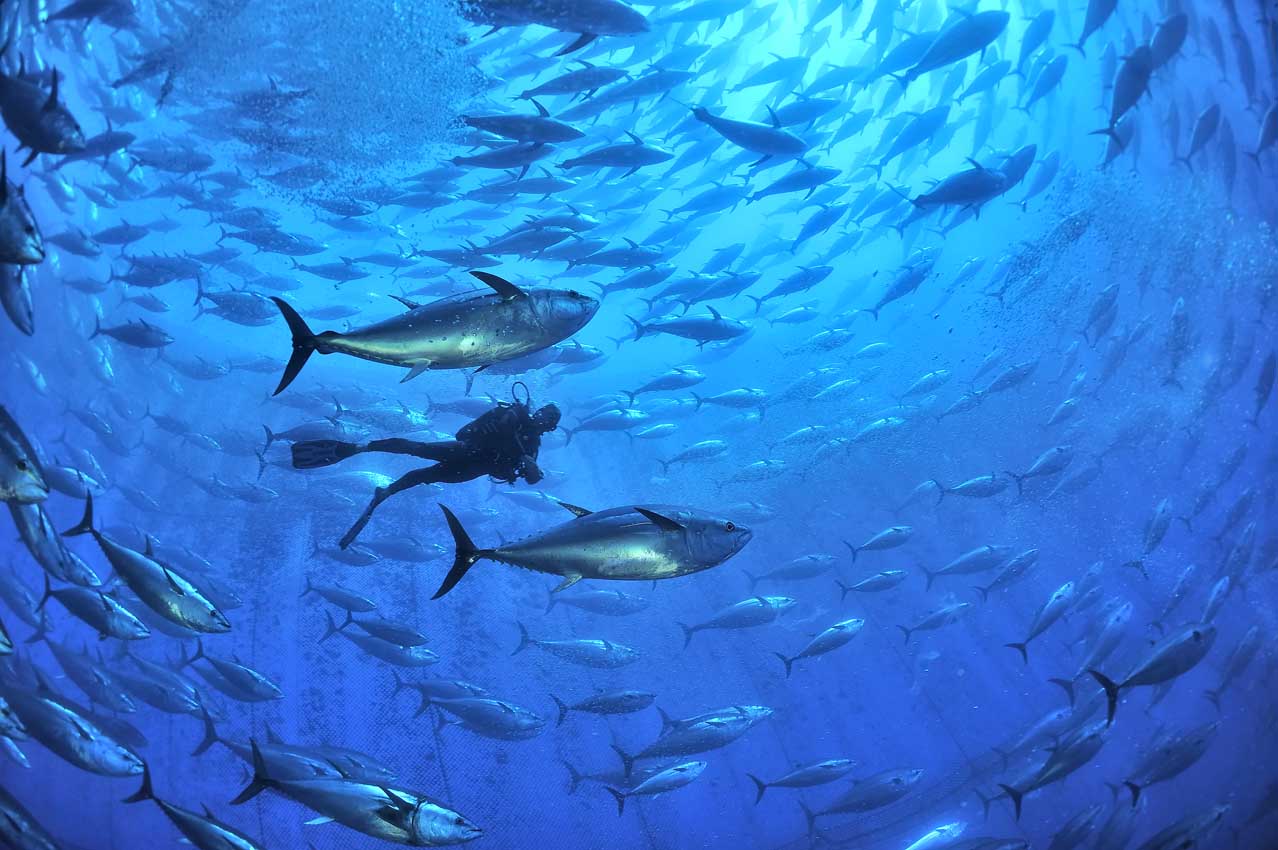 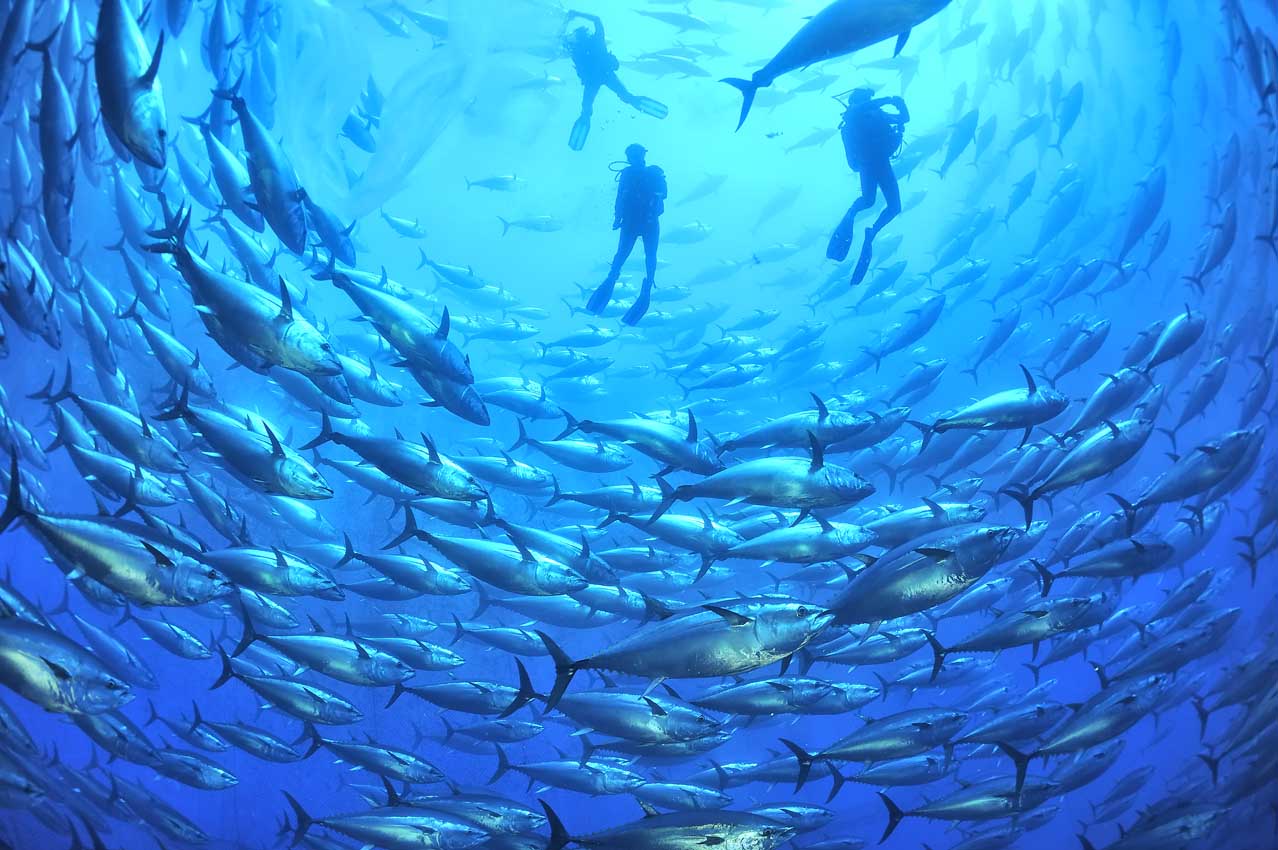 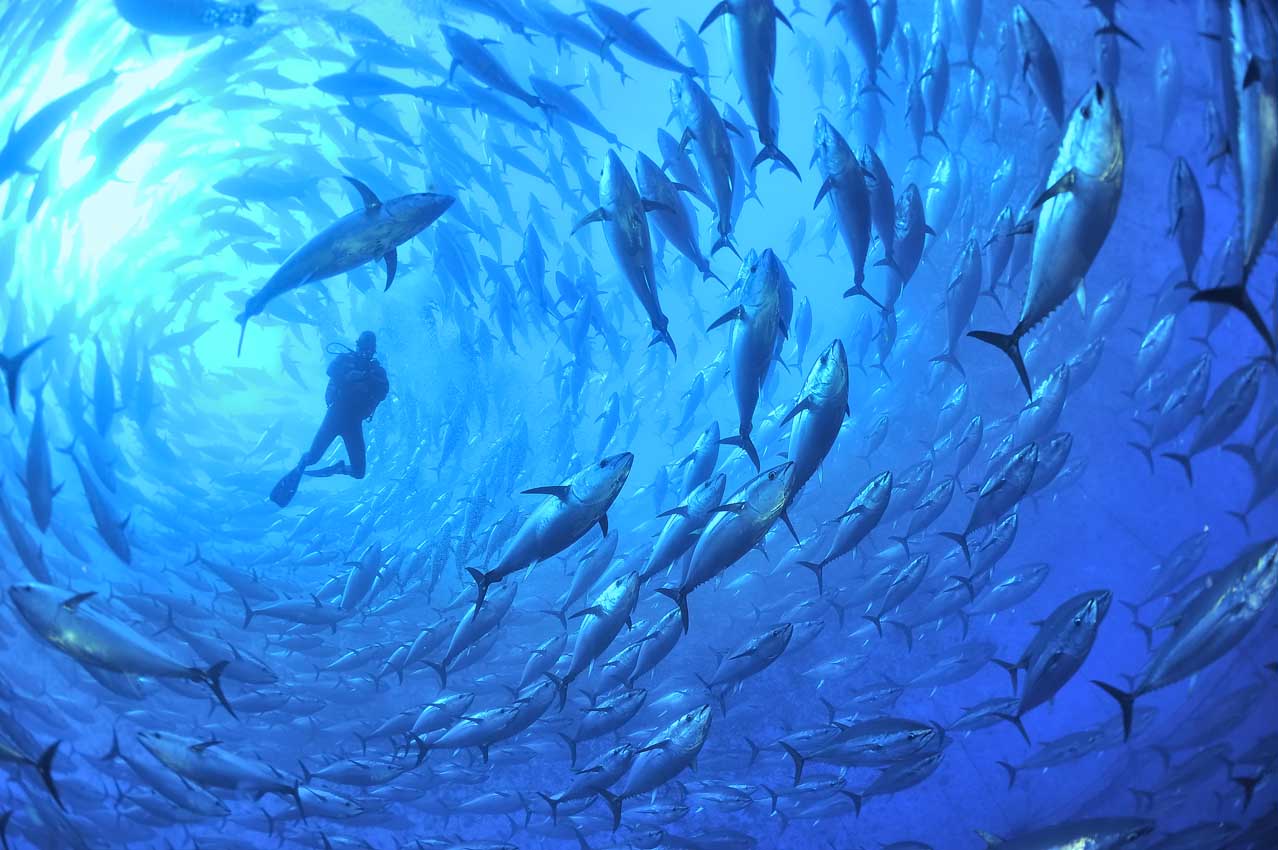 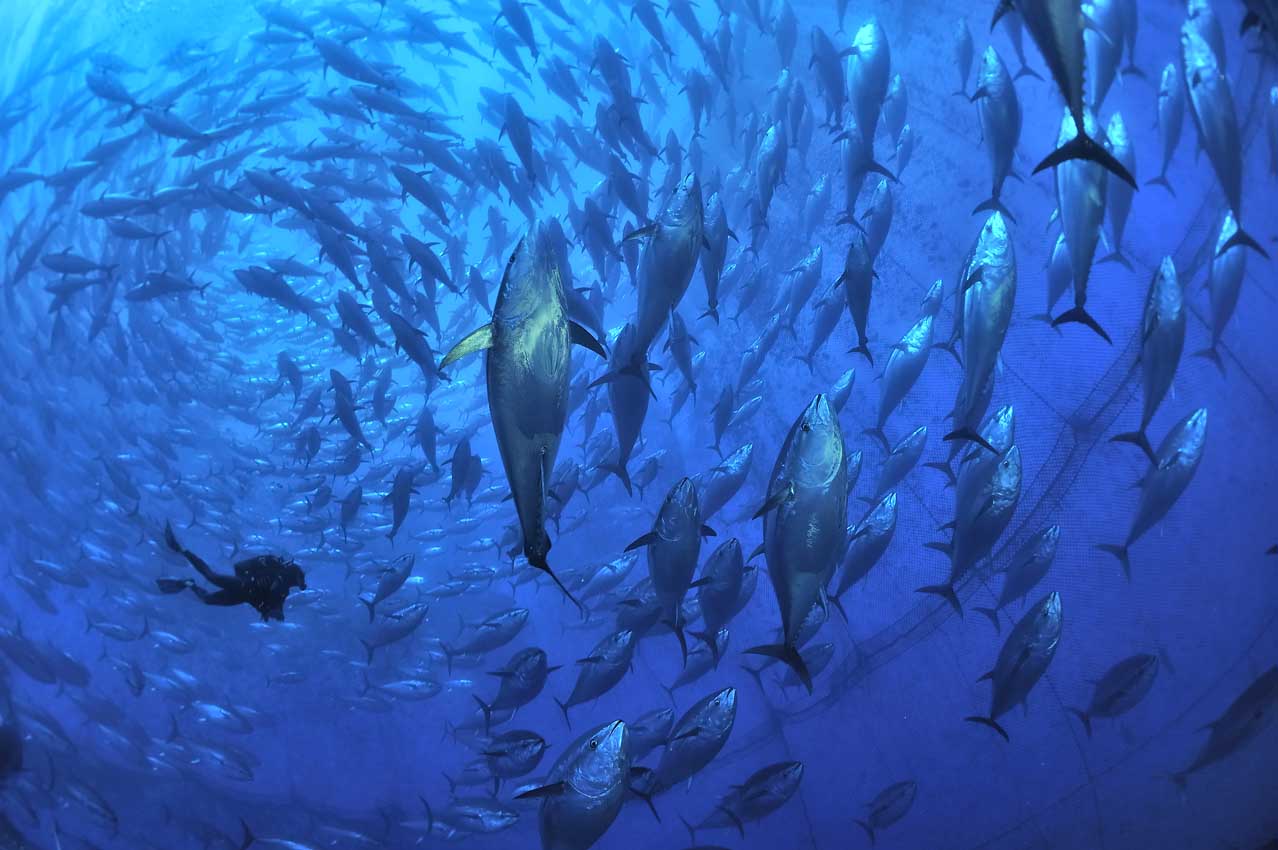