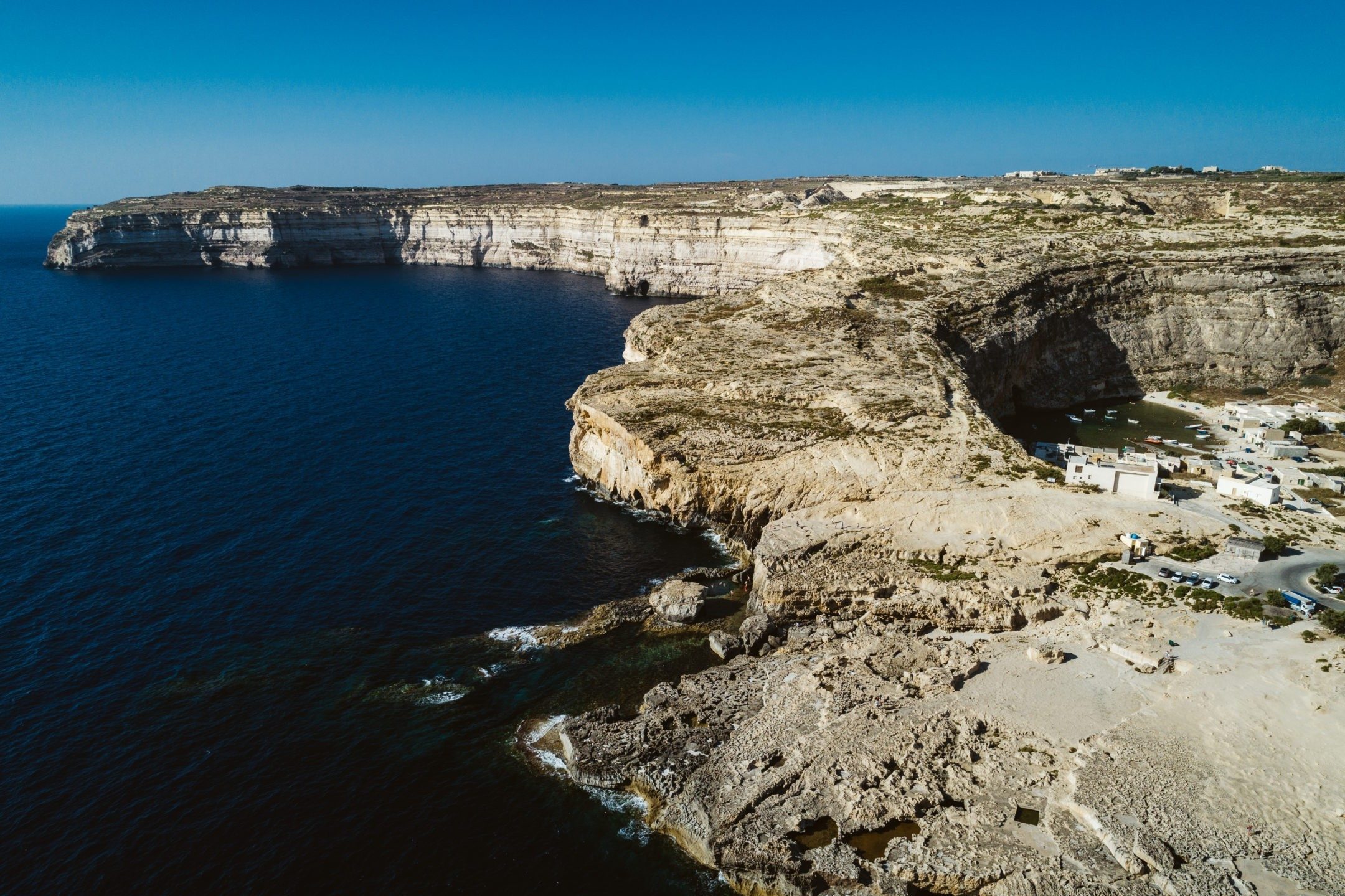 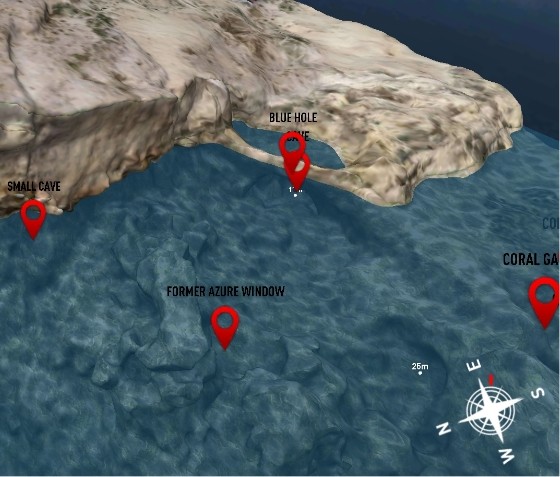 The Blue Hole at Dwejra on Gozo’s west coast is Malta’s most famous dive site. It was voted ‘Best Dive’ of the Mediterranean on several occasions. The Blue Hole is a natural rock formation carved out over the centuries by wind and wave power. The Blue Hole is a sheltered entry /exit point for several different dives to different depths. It is an unforgettable experience for all levels of divers, even those only qualified to 18 metres and has actually become a better dive since the collapse of the Azure Window. The Blue Hole is also very popular with free divers.

Access to the Blue Hole is from the shore, a 5 minute walk from the car park through an ancient quarry, a shallow valley bed and over some boulders. 2 sets of lightweight steps and a passage carved in the boulders make this trek easier.

Divers descend in the Blue Hole itself from a shallow water shelf directly above the famous Blue Hole Cavern and dive through the large rectangular archway open between 8 and 14 metres. The arch covered in golden cup coral (parazoanthus axinellae) is spectacular and very photogenic.

The dive then leads you towards the large boulders that once formed the majestic Azure Window with depths varying between 16 and 5 metres, a truly fantastic dive even for the less experienced divers. The same boulders are nick named the Azure Alps because of the way in which they drop steeply to beyond 50 metres on the North and West sides beyond the stem of the collapsed Azure Window. There’s lots of exploring for the more advanced divers. 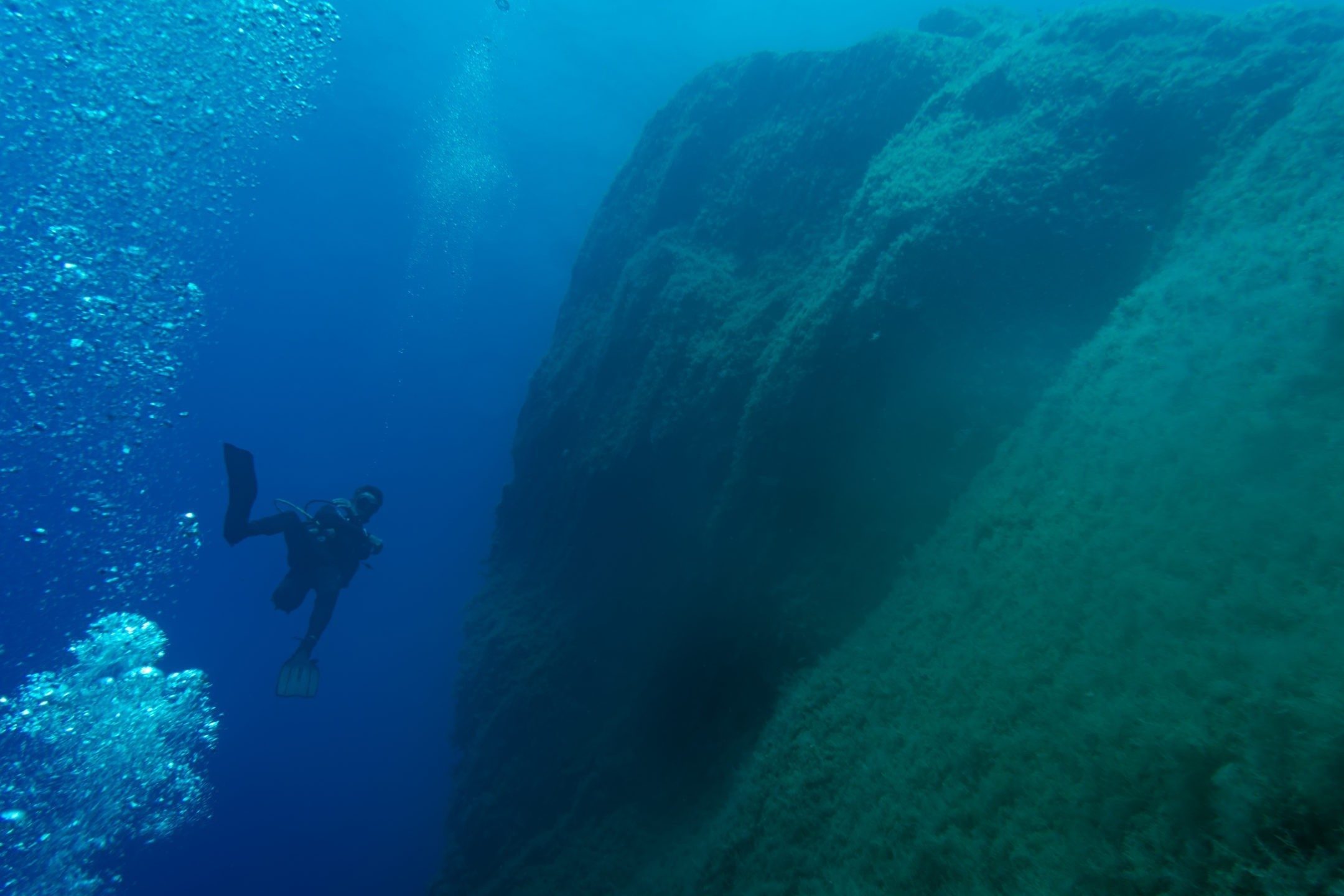 Creatures you can find 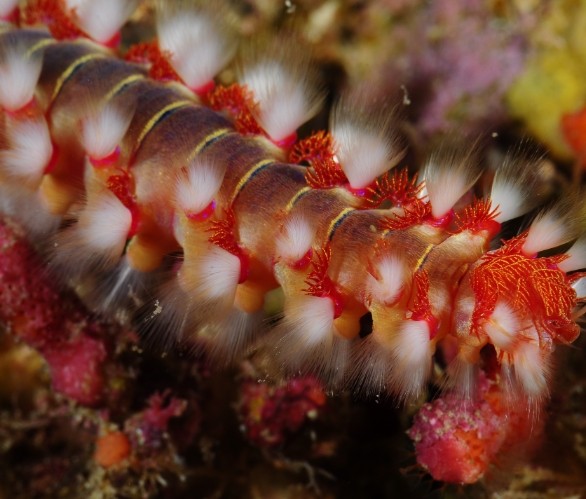 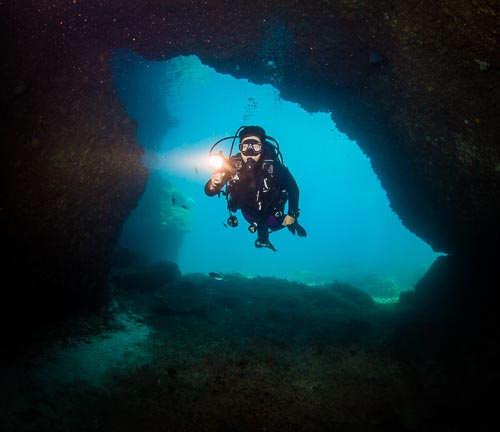 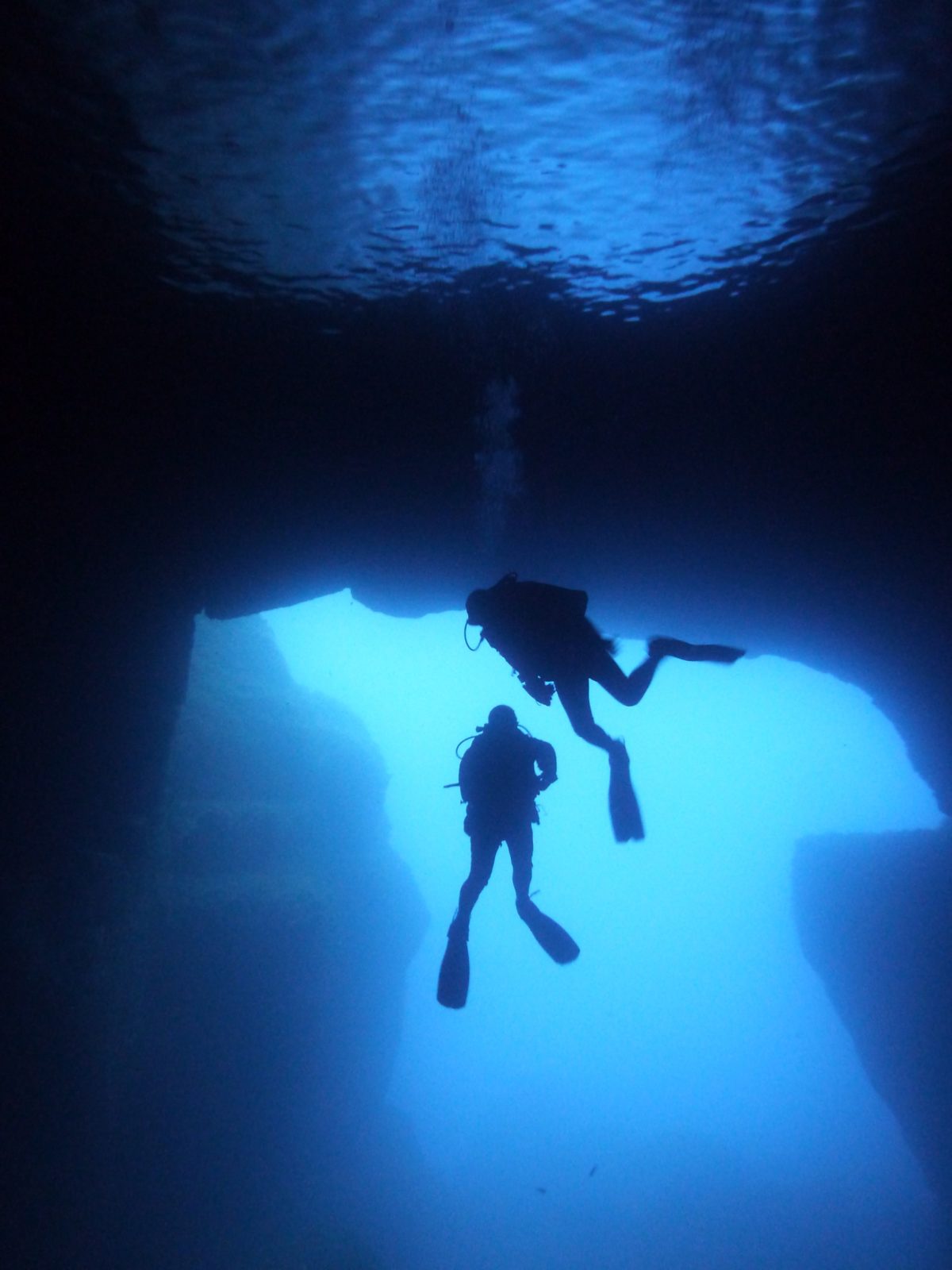 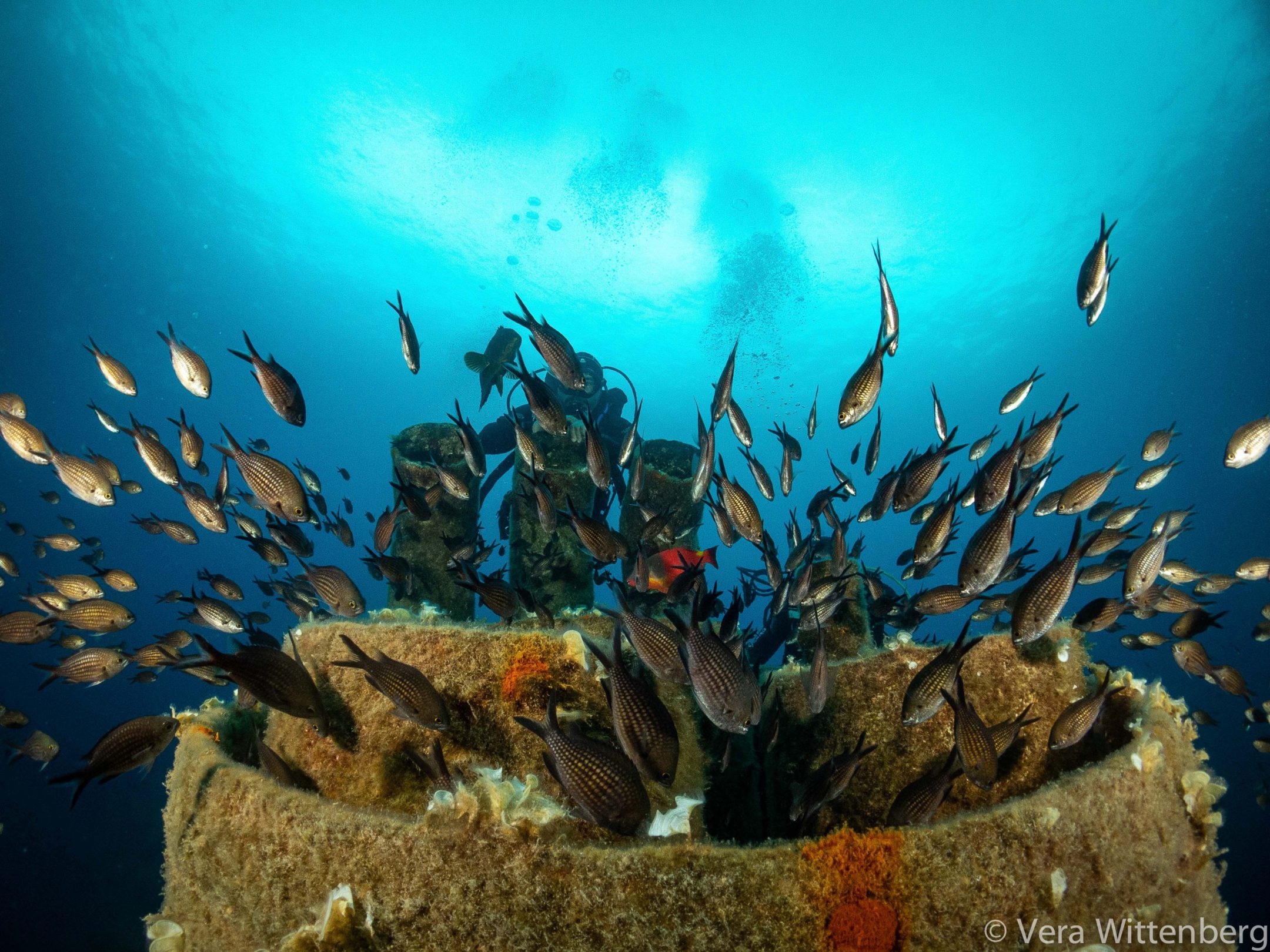