3 decommissioned vessels have been scuttled near the coast at Xatt L-Ahmar at a depth of 40m merely 50m apart to create underwater attractions for experienced divers and artificial reefs. They are all accessible from the shore.

The 80m M.V. Xlendi wreck was scuttled in 1999. It overturned as it struck the sea bed and penetrating this wreck is not recommended and even forbidden.

At 58m long, the M.V. Karwela is the largest and probably the most spectacular of the 3 wrecks. It was scuttled in 2006 and lies upright a short distance from the site’s entry point.

The 35m M.V. Cominoland was also scuttled in 2006. It started its life as a Royal Navy minelayer in the Second World War. Like the Karwela, this vessel was cleared of all doors and windows before scuttling to render it as safe as possible for divers.

The P31 was scuttled near Comino’s Blue Lagoon in 18m of water in 2009. This is one of Malta’s most popular and frequented wrecks thanks to the depth, making it accessible to Open Water and first level divers. It is also scuttled on white sand in an area without much current. The P31 was formerly an East German mine sweeper and used to be called the Pasewalk. We take divers by boat to the P31 very often as it is one of the first dives that divers could do after their first basic dive course. It is also a great attraction for skin divers practicing ‘APNEA’ since it is visible from the surface and only between 10 and 18m deep. The P31 wreck is very photogenic and an abundance of marine life could be found on and around it at certain times of the year.

The M.V. Rozi lies near the Cirkewwa ferry terminal at a depth at 36m. It is the wreck of an old 40m British tug boat and lies close to the Cirkewwa reef and arch. The Rozi is a well-established wreck as it was scuttled in 1992 and lies upright on a sandy bottom.

The 52m long P29 wreck, also scuttled at Cirkewwa in 2007, is another of the wrecks we frequently dive on. It is the sister ship of the P31, also an ex East German Kondor I-class minesweeper that used to be called the Boltenhagen.

The M.V. Imperial Eagle is a 25 minute boat ride South-Eastwards of Gozo’s Mgarr harbour. This wreck is 45m long and used to serve as a ferry between Malta and Gozo for cargo and livestock. It was scuttled in 1999 and lies at a depth of 40m. The famous Jesus statue is also found at this site.

The wreck of the British navy submarine HMS Stubborn is also a 25 minute boat ride East of Mgarr harbour. This wreck lies in open sea at a depth of 55m and therefore reserved for suitably qualified and experienced divers.

The 115m long Um El Faroud wreck at Wied iz-Zurrieq was scuttled in 1998. We only visit this wreck on special occasions because of its physical distance to Gozo. This is the spectacular wreck of an oil tanker and it lies, split into 2 parts at a depth of 30m

Gozo is famous for its excellent visibility and fantastic natural underwater features and structures. Dive sites like the Blue Hole in Dwejra have earned us the title of ‘Best dive site’ and ‘Best dive destination’ of the Mediterranean on several occasions. On Gozo, divers can also enjoy the experience of diving on a number of wrecks. By means of DIVEMANIA our dive boat we also often dive on wrecks nearer the coast of mainland Malta.
Enquire now 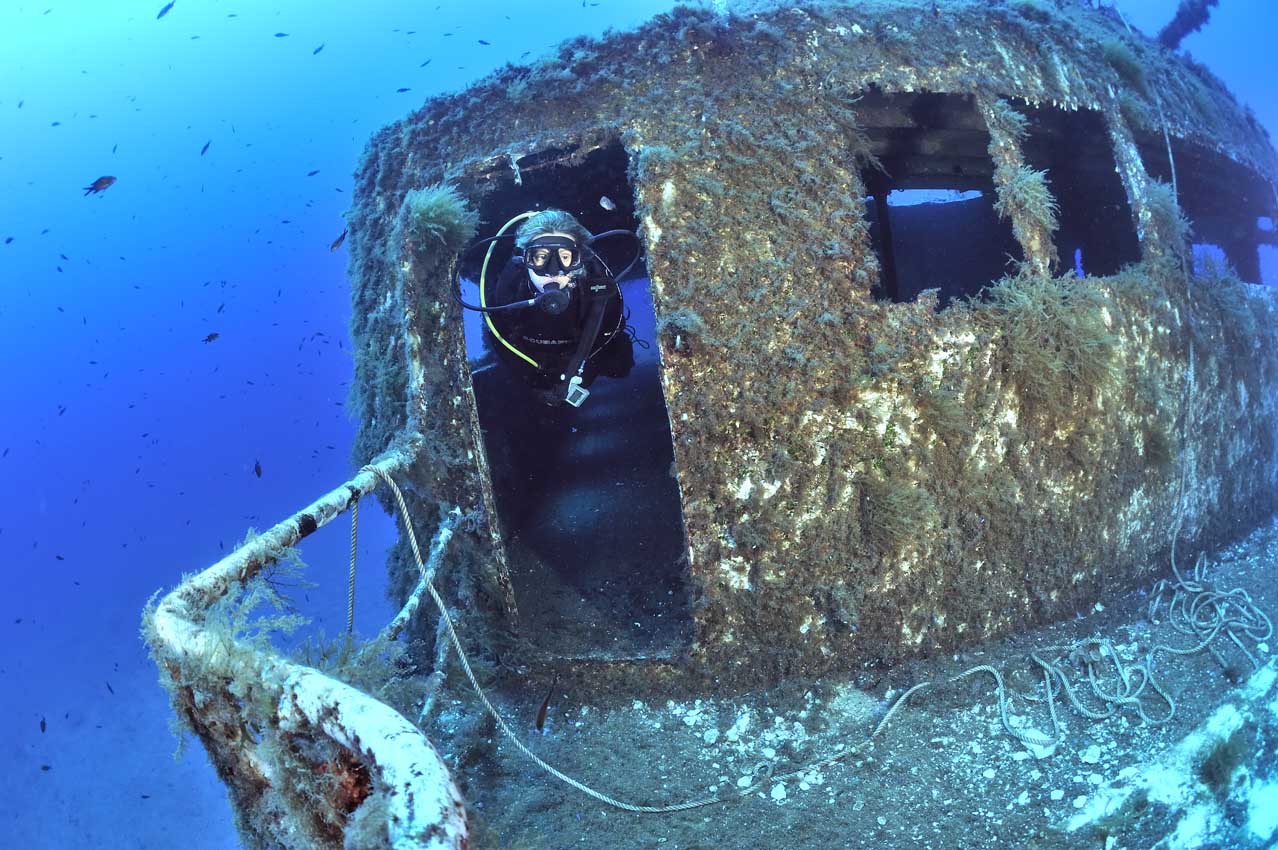 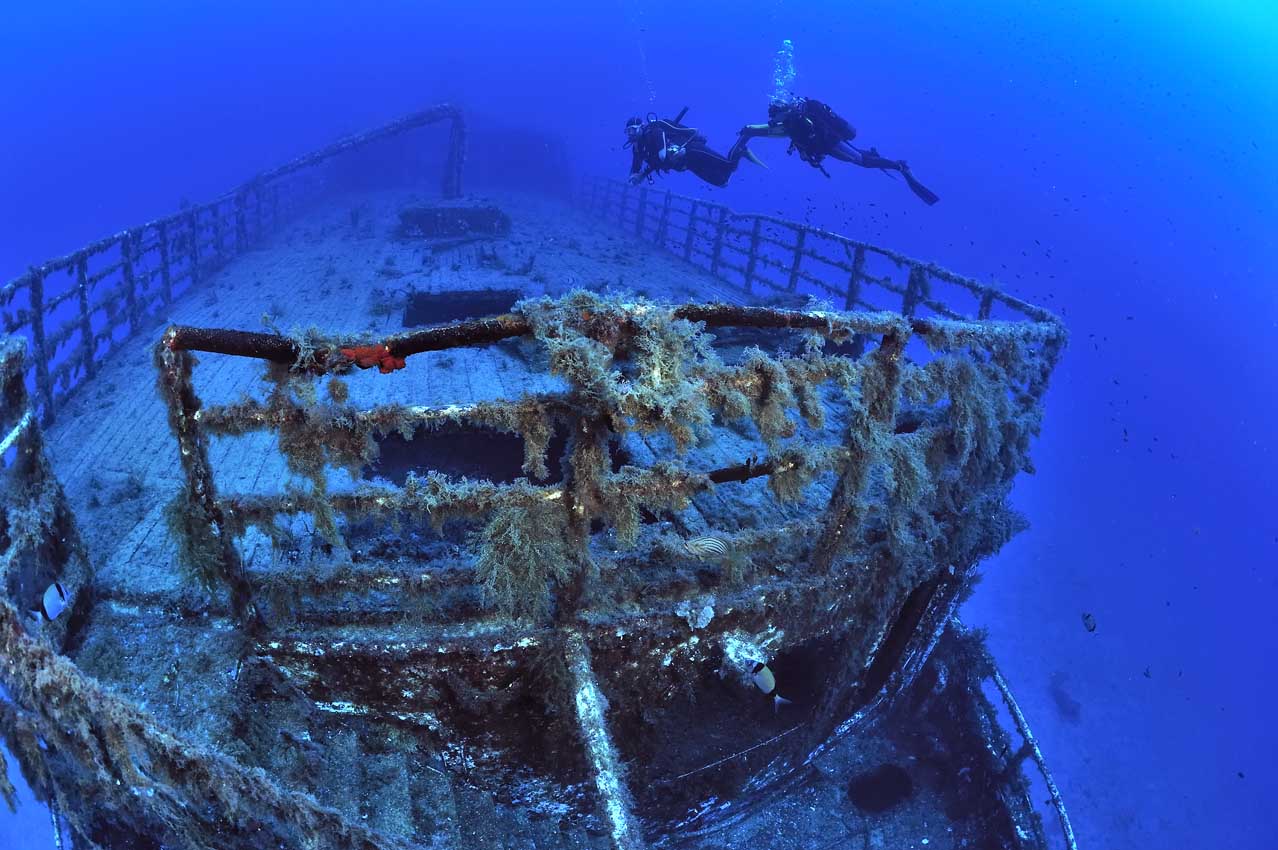